A Jabalpur customer, who was designated a Muslim transport official, said he didn't require the food order from a person of Islam in the 'holy month' of Shravan. Food delivery company Zomato today could not resolve the customer's complaint about a food order being delivered by a Muslim official. "Food doesn't have a religion. It is a religion” Zomato tweeted. 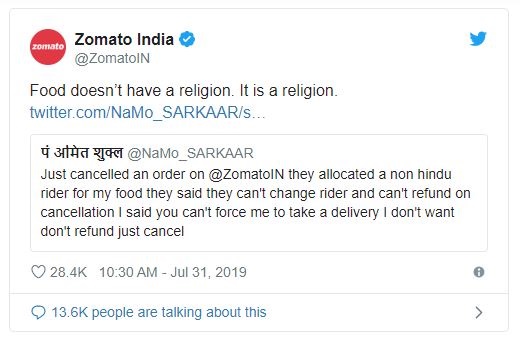 Deepinder Goyal, the founder of Zomato, expressed: "We are proud of the idea of India - and the diversity of our esteemed customers and partners. We aren’t sorry to lose any business that comes in the way of our values.” 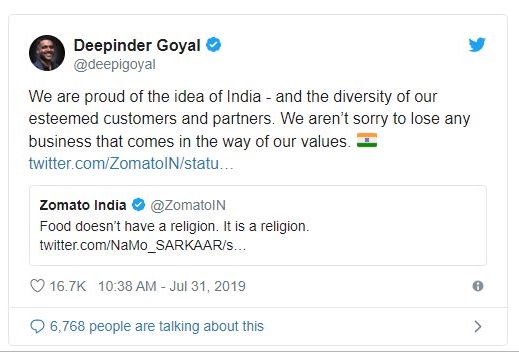 The Twitter handle of the customer Pandit Amit Shukla is @NaMo_SARKAAR, and he tweeted on Tuesday evening that he had cancelled his order after he found out that a Muslim guy named Faiyaz was assigned to deliver his order. 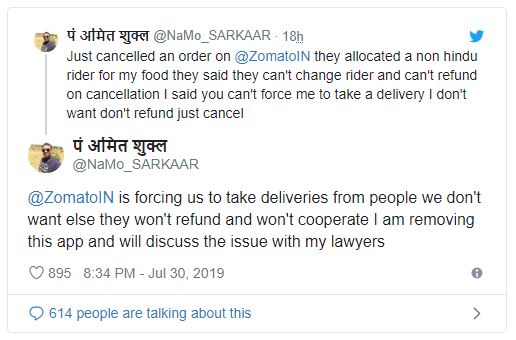 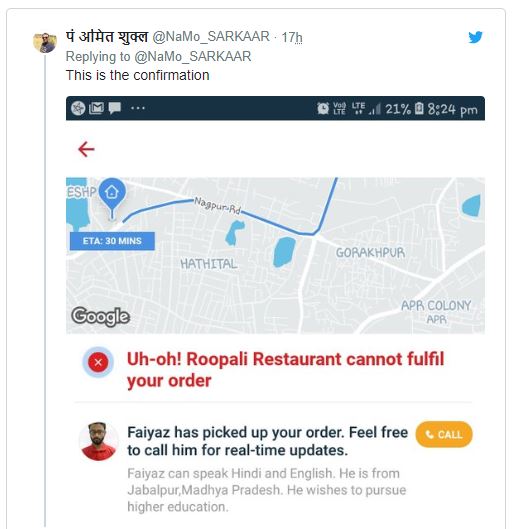 He furthermore shared a screenshot of the application's customer support, through which he had contacted the Zomato official revealing the chat history between him and the Zomato customer service.

The customer care authority responded that cancelling the order would cost him 237 INR as the food preparation was already initiated. 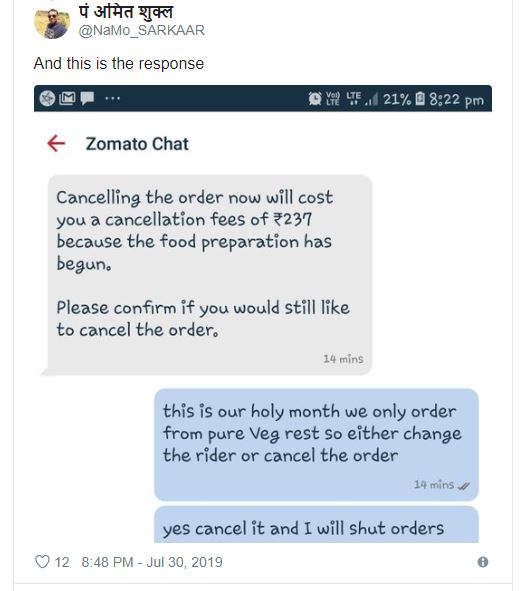 The Tweet from Shukla didn’t go down well with the Twitterati as they slammed the user for spreading hatred among people.